One Piece Burning Will

A surprising MMORPG with One Piece characters 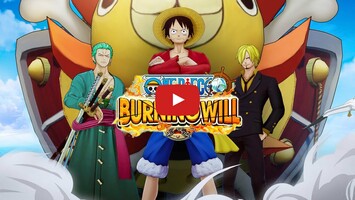 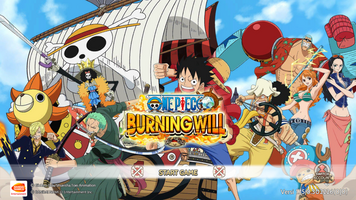 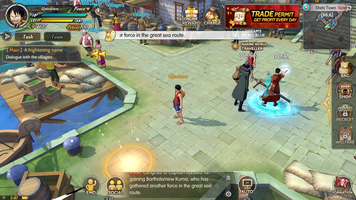 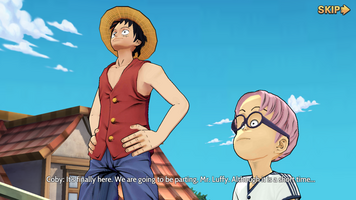 Advertisement
One Piece Burning Will is an MMORPG that will fully immerse you in the One Piece universe as you try to complete tons of different missions. You'll have the chance to guide the steps of some of the most iconic characters from the saga, while you have fun chatting with other characters and participate in intense PvP combat.

The graphics in One Piece Burning Will are spectacular and the game is full of different 3D settings. You won't have any problem controlling your character, either. You can even go along tapping on each of the missions so that your character moves automatically. Plus, at the top of the screen you'll have a map where you can see your current position and locate any items of interest.

Although during the first few games you'll only have the option to control Monkey D. Luffy, you'll get to start dealing with other One Piece characters soon enough. When the time comes to join a combat, you'll have plenty of variety when it comes to the attacks. In these battles you'll be able to make powerful combinations of moves that will surprise your enemies and put you at an advantage during the assaults.

All the battles in One Piece Burning Will are turn-based. On the screen, you'll find graphics where you can see each sequence of movements in real time so you'll know if any of your characters are in danger. In any case, you'll be able to use the experience points that you earn to improve your characters' potential.

One Piece Burning Will is an RPG for Android that brings you all the essence of the OP universe. Right from the start, you'll become part of an open world full of enemies and elements to discover. In each combat you'll increase your team's potential while you watch spectacular 3D sequences that will narrate how the story plays out.
Reviewed by Carlos Martínez Translated by Sarah Odebralski
Advertisement

It is a very good game without a doubt super recommended, and as brook says iojojojojojo :)

It may interest you

Similar to One Piece Burning Will

Genshin Impact
An open-world RPG with spectacular graphics
Brawl Stars
3-on-3 battles from the creators of Clash Royale and Clash of Clans
League of Legends: Wild Rift
The MOBA king deploys its arsenal on Android
One Piece: Fighting Path
A unique adventure in the One Piece world
Angry Birds Epic
Join the Angry Birds on their most epic adventure
LifeAfter (Global)
Cling to life in a hostile world
Blockman GO-Adventures
Travel and have fun in all the worlds offered by this application